A woman has been arrested for allegedly brutalising her son and locking him up for months.

The mum identified as Peace Onyebuchi was arrested by the gender unit of Ajangbandi Police Station in Lagos State.

Onyebuchi had the boy from a previous relationship but is currently married to another man who is in The Gambia in search of greener pastures.

It was alleged by Onyebuchi’s neighbours that the mum started beating the young boy since he was four years old. They added that the recent assault lasted for close to two hours, causing the boy to sustain several injuries on his head, face, shoulders, and back, SaharaReporters reports.

The incident which occurred at Ekunpa, Ojo Local Government Area of Lagos, was reported to a human rights group, Advocates for Children and Vulnerable People’s Network, by a concerned neighbour. 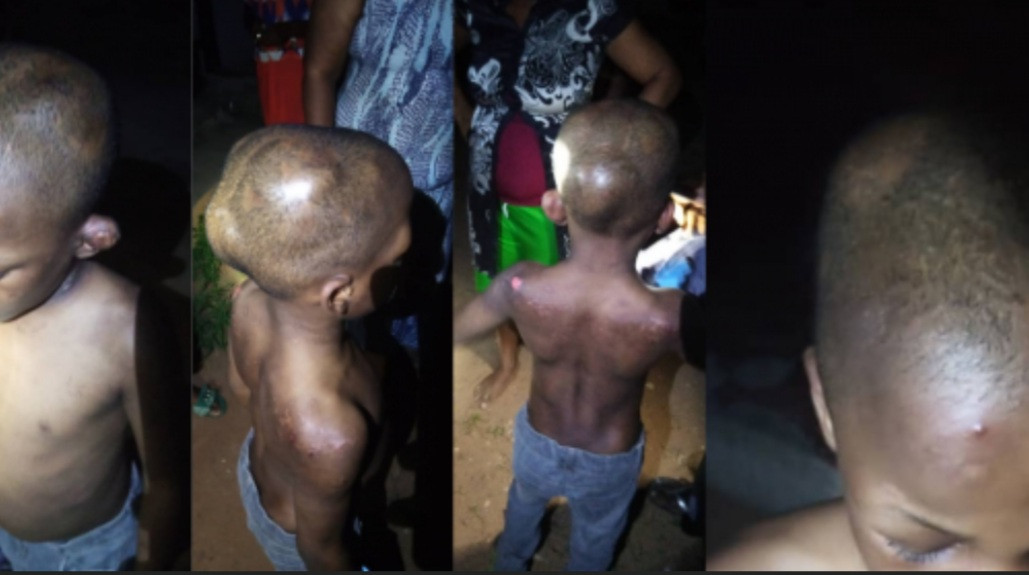 According to the publication, the neighbour said, “This boy is six years old, his name is Divine. He doesn’t attend school anymore. Presently, Divine is looked up in a room by his mum. This torture has been going on since when Divine was four years old. His father is presently in the Gambia in search of greener pastures. This boy needs help.

“I was not even aware of the issue until recently when my landlord’s daughter told me about it. I immediately told the landlord who didn’t take the issue lightly; he immediately mobilised all the neighbours to her door and demanded that she should bring out the boy so we could see him, at least to be sure he was still alive.

“I used to see Divine in 2019 whenever he was going to school. He was a very fine young boy. He was very healthy and alive but since I had not been seeing him, I assumed he was not around. Little did we know she had been locking him up. When the landlord asked the mother to bring him out, what we saw was horrible.”

SaharaReporters gathered that Onyebuchi hits her son’s head against the wall at the slightest provocation.

It was gathered that personnel of the Advocates for Children and Vulnerable People’s Network had taken the young boy to the hospital for proper medical attention as he was unable to walk, stand, or even sit properly.